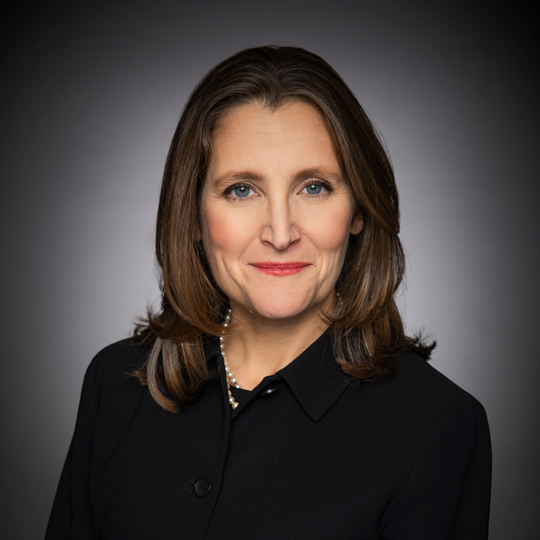 This website is not compatible with Internet Explorer or older version of Microsoft Edge(version 78 and older).

For full functionality please use a supported browser.

The Deputy Prime Minister and Minister of Finance works closely with the Prime Minister in both setting and fulfilling the Government’s agenda. This includes overseeing the country’s finances and economic recovery from the COVID-19 pandemic. 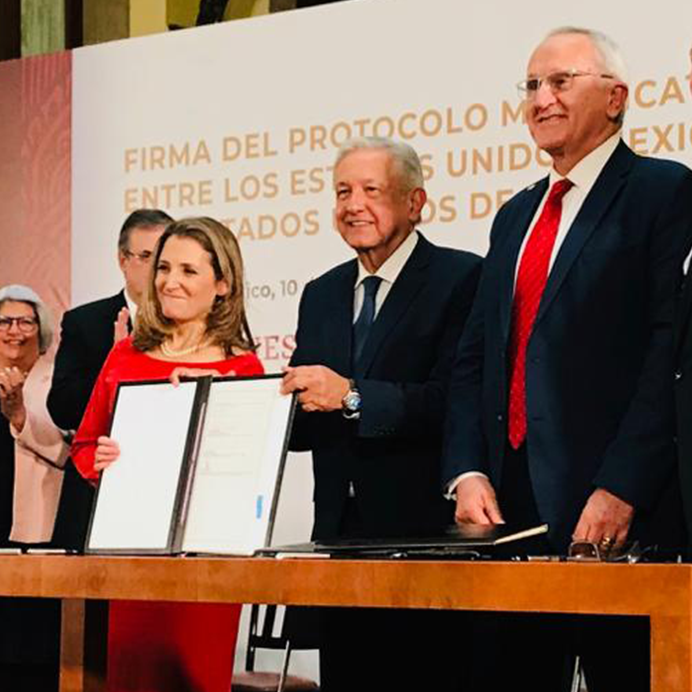 The Honourable Chrystia Freeland is Canada’s Deputy Prime Minister and Minister of Finance.

From November 2015 to January 2017, Ms. Freeland served as Canada’s Minister of International Trade, overseeing the successful negotiation of Canada’s free trade agreement with the European Union, CETA. From January 2017 to November 2019, she served as Canada’s Minister of Foreign Affairs. During this time, she was a leading advocate for democracy, human rights, and multilateralism around the world.

As Foreign Minister, she led and successfully concluded the renegotiation of the North American Free Trade Agreement (NAFTA) between Canada, Mexico, and the United States.